SYNGAP1 Syndrome is an autosomal dominant genetic disorder caused by mutations that cause a loss-of-function of the protein called SYNGAP1. Since its discovery, the number of patients diagnosed with a SYNGAP1 mutation has rapidly increased. It is now estimated that 1% of all individuals with intellectual disability carry a mutation in the SYNGAP1 gene.

SYNGAP1 belongs to a large group of disorders referred to as RASopathies. These proteins are forming a signaling cascade in the cell (depicted in red in the figure). The central nodes of this signaling pathway are formed by the RAS proteins. However, whereas most proteins of the RASopathies are present in all cells in the body, the SYNGAP1 protein is exclusively present in the brain, and more specifically, in the synapse. Therefore, the phenotype of SYNGAP1 patients is restricted to neurological problems and distinctively different from other RASopathies in which there are also many non-neuronal problems. 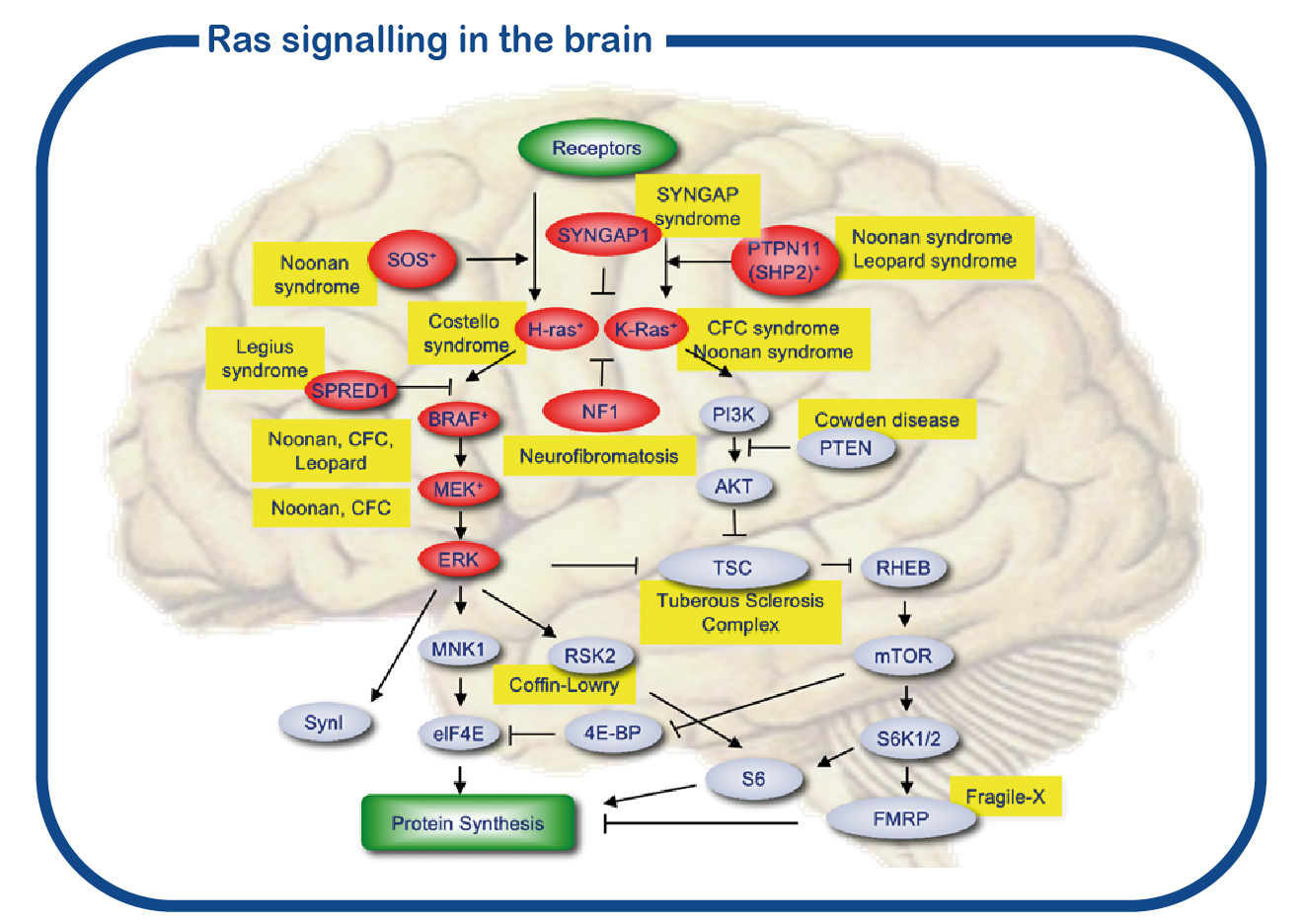 At ENCORE we mostly study the RASopathies by studying NF1 and Costello syndrome. We primarily focus on the cognitive deficits that are associated with increased activity of the RAS signaling pathway in RASopathies. For that we make use of the Nf1 and Costello mouse model (Omrani, Mol Psychiatry, 2015; Schreiber, Sci Rep, 2017). We use cognitive tests to assess the learning deficits and to try to improve these deficits with drugs that target the RAS pathway. In addition to using mouse models, we also utilize induced pluripotent stem (iPS) cells. These stem cells are generated from reprogrammed blood cells donated by patients and unaffected family members. The major benefit of such iPS cells is that we can differentiate these cells into human neurons, which enables us to study human (patient) neurons in a dish. With this approach we hope to decipher how increased RAS signalling causes neuronal dysfunction and identify novel drugs to correct neuronal function. 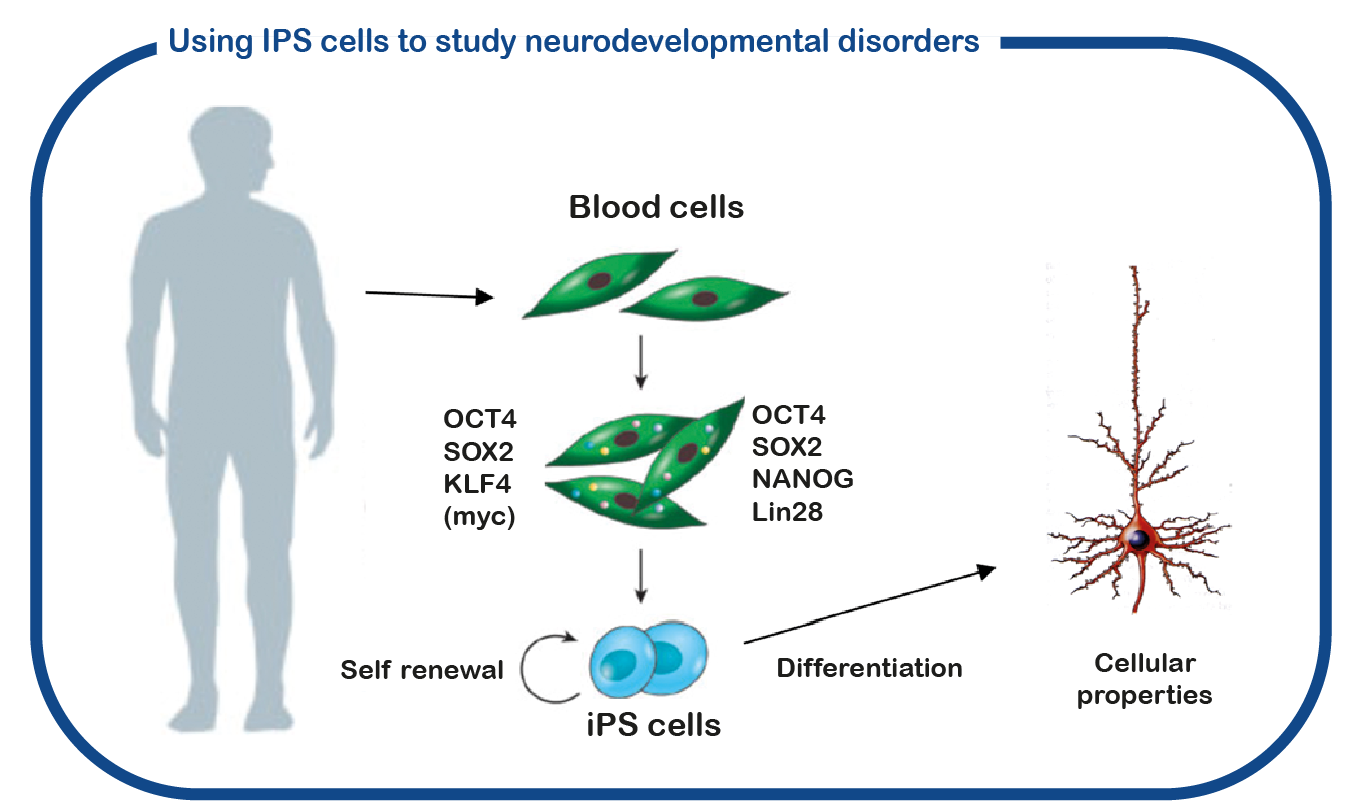